To Test or Not to Test?

Home/Health Articles/To Test or Not to Test?
Previous

To Test or Not to Test?

Mary E. Galloway DVM
As ASSA Health chairperson*, people who want to purchase a Sheltie frequently contact me asking what they should know about the breed’s health problems. A recent call highlighted some concerns expressed by both breeders and owners about the current focus on canine health and research and how it reflects on the perceived health of purebred dogs and Shelties in particular.
"I am interested in buying a Sheltie but when I hear about all the tests my puppy’s parents should have it worries me. I see your club is involved in various health research projects and is trying to raise money for further research. Should I look for a healthier breed? When I spoke with one breeder I was told about all the tests her dogs have had for a lot of diseases. I can get a Sheltie from another person who told me they don’t have to test for problems since they don’t have any in their lines. What do you think?"

Testing for diseases and monitoring the occurrence of diseases by breed clubs and breeders does not indicate that problems exist in that breed or line. In fact it is a positive indication that the people who breed these dogs are trying to produce the healthiest puppies they can. As researchers become more aware of the underlying causes for many diseases in our dogs, breeders try to use all the resources available to them to produce healthy dogs. This includes feeding a proper diet, providing proper exercise and housing and may include testing for abnormal conditions or diseases that exist in the breed. Testing for specific conditions will allow only unaffected animals to be used for breeding. The abnormal conditions currently recognized in Shelties are found in low numbers in the breed. Testing will allow these uncommon conditions to remain uncommon or even be eliminated from the breed.

A test may be one that screens for the presence of a condition or disease. This would include eye exams (CERF)**, radiographs of the hips for hip dysplasia (OFA, PennHip) or a blood test for thyroid disease. When a dog has one of these tests done it will tell the owner whether the condition is present in that dog at that time. Many of these tests need to be repeated throughout the dog’s lifetime since the condition can develop as the animal matures and ages. Some tests are done just once at a predetermined age since it is unlikely the condition will develop after that time. Checking for these conditions will allow breeders to breed only dogs that appear normal. What must be remembered is that although the dog may not show the condition him/herself these tests do not show if the dog is genetically free of the problem. The dog may appear normal but carry recessive genes. When this dog is bred to another dog also carrying recessive genes they may produce animals that will develop the disease. This is how affected animals can come from "normal" parents. The best safeguard we have to reduce or eliminate these problems in our dogs is to screen all breeding stock and breed only from those who are free of the condition. In the case of eye checks and thyroid testing, it must be repeated many times in a dog’s lifetime since these abnormalities may not appear until an animal is older. If all animals in the first 3-4 generations of your puppy’s pedigree have been tested and found normal it is unlikely that your puppy will develop the condition. It is important to point out that many of the disease conditions we recognize as having a genetic basis can also be influenced by the environment. The development of hip dysplasia is a good example. Research has shown diet and exercise as well as growth rates, can influence the development of hip dysplasia. Obesity can cause or aggravate a number of disease conditions in dogs. It is the owner’s responsibility to know how to correctly feed, house and exercise their growing puppy to ensure a healthy adult and to maintain good health in your adult dog.

The only absolute way to know your puppy will not develop a certain disease or condition is through genetic testing. A genetic test allows us to know what is actually coded in the genes of the animal being bred. It is not influenced by environment or outside stresses. It will tell you what genes the dog actually carries and not just which ones are expressed. Research is unlocking the key to many diseases in dogs and people. As these tests are developed and become available, breeders will test their breeding stock and know the genetic makeup of each animal. This will allow breedings to be planned to avoid producing affected offspring and to eventually eliminate the disease from the breed. The only genetic based test currently available for the Shetland Sheepdog is for von Willebrand’s Disease, a bleeding disorder. (As of 2008, additional DNA tests have become available. See the CHIC section.)

That is why all this research is so important. Projects are underway to study many of the conditions that affect our Shelties today. Funding is needed for other projects that are of equal importance. As we eliminate one disease from our animals there will be others to demand our attention. That is why parent clubs like the ASSA monitor the breed through health surveys. Living creatures including dogs and man are constantly changing. Gene mutations are an ongoing process. Some mutations will produce disease conditions not recognized today. It is said all people carry 5-6 lethal genes as well as numerous genes that can cause the development of many disease conditions. The same is probably true for our dogs. The challenge for breeders is to use all the knowledge available today to avoid breeding animals together that carry the same deleterious genes. There is no dog or line of dogs that is free of all disease causing genes. If testing is not done, breeders may not be aware of problems that exist, but they are still there. It is true some diseases can’t be tested for at this time. They can be unpredictable and the best we can do is not use for breeding animals that develop the condition.

So don’t be afraid of a breed or breeder that is active in health research and testing of their breeding animals. This indicates the acceptance of responsibility and an ongoing effort to produce beautiful healthy Shelties.

* Although Dr. Galloway is not the current Chair of the ASSA Research Advisory Committee (formerly known as the Health Committee), the information in this well-written article is still appropriate and helpful. 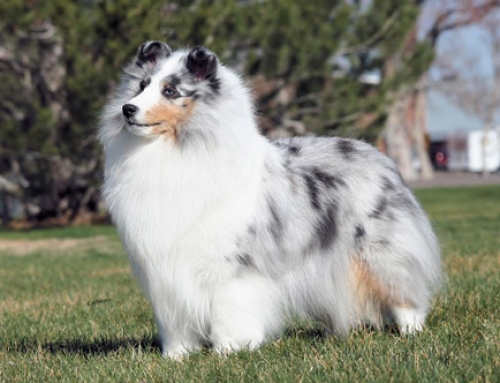 Is the Sheltie right for you? Gallery

Is the Sheltie right for you?