In the world of purebred dogs, the Shetland Sheepdog, or Sheltie, is a relative newcomer.  Originating in the Shetland Islands, the breed was first registered in Lerwick in 1908 and with the Scottish Shetland Sheepdog Club in 1909. Subsequently, both these registries and the breed were recognized by the UKC (English Kennel Club) in March of 1909.  First registered there as a Shetland Collie, the name was changed to Shetland Sheepdog by October of 1909 because of objections by Collie fanciers. There was an article by a visitor to the islands describing the dogs as early as 1844. Other names that had been used to refer to the Sheltie include Lilliputian Collie, Toonie Dog, Peerie Dog, Fairy Dog and Miniature Collie.

The Shetland Islands in the Northern Atlantic are a series of small islands exposed to the vagaries of the sea and north winds. They are rugged, rocky and sparse in vegetation. The people who inhabit the islands are also rough and rugged as are some of the animals that hail from there; for example, the Shetland Pony and the Shetland Sheepdog.

It has been long supposed that the beginnings of this breed could be traced to influence by a Northern Spitz type dog brought from Scandinavia by the early inhabitants, a King Charles Spaniel, the original Pomeranian and other dogs indigenous to the islands as well as the Scotch Collie. The actual mix of what went into developing this breed is shrouded in mystery and still debated. 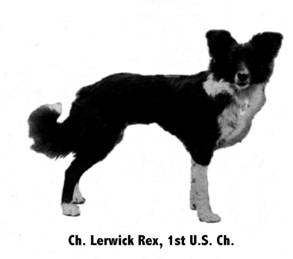 The dogs became a source of income for a few of the Islanders after they came to the attention of visitors wanting small, fluffy dogs as companions. Despite differences in type, color and size, most any dog from the islands was acceptable. One of those who first took advantage of this interest was a James Loggie of the Lerwick Kennel name. Breeders who promoted these dogs later bred standard Collies with the smaller dogs in an attempt to achieve more uniformity of type and size. Some of these Collie crosses were recorded and well-known, some were not. There are suspicions and rumors of crosses with other breeds. Unknown for certain is where the blue, either bi-blue, or blue merle with tan had its beginnings. Today there can still be size differences in any given litter, tracing back to the smaller dogs or to the larger Collie. In the UK at the time, these crosses were acceptable provided the progeny was bred back for three generations to a Shetland Sheepdog. After the required three generations, the get would be registered as purebred Shelties. Mary Van Wagenen (Sea Isle Kennels), the first breed historian in the USA, established that the American Shelties had approximately 50% Collie blood. Further undeclared crosses with the Collie are believed to have occurred in the country. 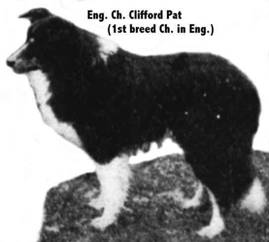 Today, the Sheltie appears in the Herding Group in the USA and the Pastoral Group in the UK. The original purpose of the breed was as an all-around farm dog. The Sheltie assisted the crofters where needed, keeping livestock from the gardens, assisting with a twice yearly round-up of the sheep,and as a family companion, warning of intruders and visitors and doing whatever else was deemed useful. The tendency to bark is sometimes considered a liability in the breed today. Whatever their task or responsibility, it was necessary for these early Shelties to earn their keep, as the Shetlanders could ill afford to keep any dog simply as a pet. 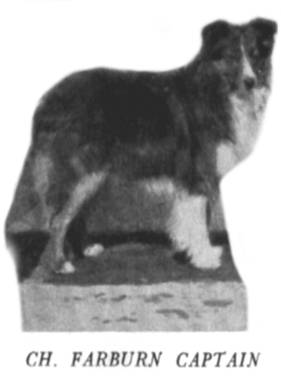 Captain was the second American champion

The first Shelties arrived in the USA in 1908 (see the 1909 Boston Globe article). However, they did not carry on. The American Kennel Club recognized the breed in April of 1911. Because of the Collie crosses listed in the pedigrees of the imported dogs, many of the early imports were not eligible for registration with the AKC, being considered of impure breeding. One such imported dog was already a breed Champion in the UK. At one time there were only two registered males in the USA eligible for breeding. Catherine Coleman Moore (Sheltieland Kennels) made a trip to England, and with Miss Clara Bowring (Larkbeare Kennels-UK), approached the English Kennel club to have those notations removed. The trip was fruitful and subsequent imports were thereafter accepted by the AKC. Catherine was a founding member of the American Shetland Sheepdog Club, in February 1929. She was an early importer of the breed, the ASSA’s first secretary and registered the first litter of Shelties recorded with the AKC. The English Shetland Sheepdog Club (ESSC) had been founded in 1914.  Miss Bowring was the ESSC’s secretary (a position she held from 1928 to 1948, before becoming the Chairman), an early Sheltie breeder and a wealthy patron of the breed.

The two world wars had an influence on what was imported to the USA and what was kept or bred from in the UK. Differences in type and size can be seen in the dogs of both counties. The differences in the wording of the two breed standards are mostly minor. The most notable difference is with regard to size. The UK standard calls for an “ideal” size of 14 ½ inches for males and 14 inches for females, and states that a difference of more than one inch either way is highly undesirable. The standard in the USA does not specify size differences according to sex, but has a disqualification for measuring either under 13 inches or over 16 inches at the shoulder. The only other disqualification is brindle coloring, and more than 50% white is to be “severely penalized” in the show ring, though conspicuous white body spots, in any color, is listed as being undesirable. 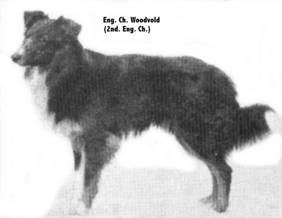 Shelties are seen today excelling in multiple venues around the world. Some find their place as medical alert dogs, therapy dogs and others assist the handicapped in various ways. The breed excels in agility, rally, herding and obedience as well as in the conformation ring, or simply as someone’s beloved pet and companion.

The Shetland Islands are remote and sparsely inhabited, although there is evidence of a long history as a stepping stone from Norway in ancient times. Read more!

As old as the shaggy pony and the goat-like sheep of its native land... Read full article...

ASSA through the years... See the full timeline

A frequently updated database of over 600,000 titled shelties and pedigrees from American and Canada. See full list...
Page load link